O daughter of Locrine! Whose lifedeath bores
the long-veined Severn hence;
past me and beside me. Under cherried trees,
I praise thee, whose martyrdom tallies
the price of war.

O spawn of paramour! Whose shivers in the murk
disturbed some nymphean sleep;
and borne were your bones from form
to sleek, in spatial fluidity,
destined to dance a lunar melody.

and surface a woman. O sylvan spirit, opaque
and grey as Fagus bark! Would that I, of iron stock,
could lay in you and rust.
But this is no country for lungs or pious men –
and my soul ripens for slaughter
Do you think God sees not through water?


*Sabrina (Hafren in Welsh) was the daughter of legendary king Locrine and his paramour Estrildis. Following his father-in-law Corineus’ death, Locrine ended his political marriage to Guendolen in order to marry Estrildis. Scorned, Guendolen amassed an army from Cornwall and defeated Locrine in battle. Sabrina and her mother were then drowned in a nearby river, which came to bear Sabrina’s name – this was later corrupted into ‘Severn’.

I’m no photographer,
and since they torched the place,
getting in is tricky. They say
it was a former pupil

that set a fire in its bricks;
sneered his way past the shoddy apparatus,
woodrotted and whipped by nettles;
those old standoffish birches casually observing

the dumped prams and stripped wires;
the gate’s torn metal, chained
for the sake of shielding sleepy villagers
from the truth.

He set it all alight
before the inflamed eyes of rabbits -
their skittish bodies, a fleeting
witness of rustling reeds.

They only know what they heard.
That they didn’t learn much here anyhow.
Just that life is a complex jigsaw of sky,
where none of the pieces are blue. 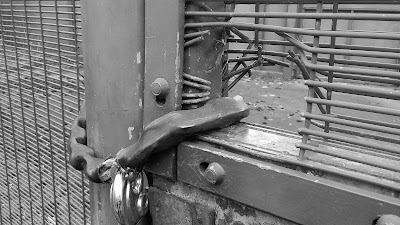 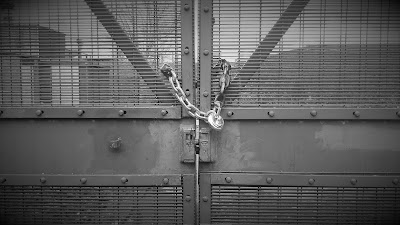 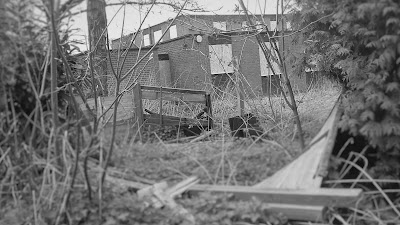 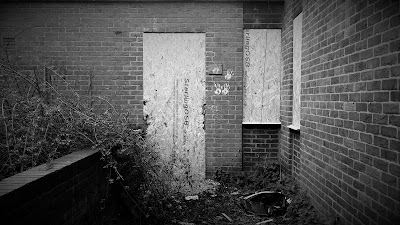 Philippe holds an MA in Creative Writing from Keele University (Staffordshire) and his first full length collection ‘The Pustoy’ (a dystopian novella in verse) was published by Dagda Publishing in May 2014. He is currently working on the sequel provisionally entitled ‘Whale Flu’, and is an editor at the forthcoming dystopian webzine ‘The Bees Are Dead’.